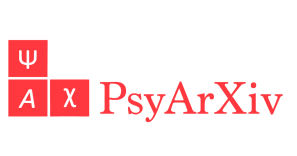 Rachael Hulme, Dasha Barsky, and Jenni Rodd have a new pre-print available on PsyArXiv, the details of which can be found below:

Title: Incidental learning and long-term retention of new word meanings from stories: The effect of number of exposures

This study used a web-based naturalistic story-reading paradigm to investigate the impact of number of exposures on incidental acquisition and long-term retention of new meanings for known words in the native language (L1). Participants read one of four custom-written stories in which they encountered novel meanings (e.g., “a safe concealed within a piece of furniture”) for familiar words (e.g., “foam”). These meanings appeared two, four, six, or eight times in the narrative. The results showed reasonably good memory (assessed by cued recall of (i) novel meanings and (ii) word forms) after only two exposures, emphasising the importance of initial encounters. Accuracy in cued recall of novel meanings showed a linear, incremental increase with more exposures. Interestingly, there was no significant forgetting after one week, regardless of the number of exposures during training. This demonstrates the efficiency with which adults acquire new word meanings in L1 incidentally through reading and retain them well over time.