Eva Poort is a PhD Student and Demonstrator in Experimental Psychology 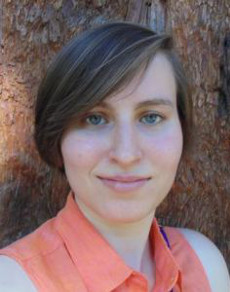 I am principally interested in bilingualism, with a specific interest in the bilingual mental lexicon. My PhD focuses on how the mental lexicon is organised in people who speak more than one language and how words in this huge ‘dictionary’ are accessed during word recognition. The world around us is rapidly changing and while it was uncommon for a person to speak more than one language in our (grand)parents’ time, now more than half of the world’s population can hold a conversation in a second (or even third, fourth or fifth) language. Over a period spanning decades, researchers have been able to rather definitively conclude that the two languages of a bilingual are stored in one and the same mental lexicon. They have also been able to demonstrate that words from both language are accessed during word recognition. However, the models of the bilingual lexicon that exist currently do not always (or in some cases, at all) match up with my own experiences as a bilingual, which prompted me to start doing my own research. As such, what I hope to achieve with this PhD most is to develop a new and improved model of bilingual word recognition, which I, possibly a bit presumptuously, have called the Bilingual Ambiguity Model (or BAM).